One wonders how the largely illiterate Maltese farming community could keep track of any payments due when selling their produce at the vegetable and fruit market before the Second World War. Since the market received quantities of farmers’ produce every day, the pitkal [the vegetable market supervisor] had to adopt an effective accounting system that was easily understood by both the farmer and the pitkal. This need developed the talja, a wooden stick, 40cm in length and approximately 3cm wide. This rather primitive register of business transactions was often made from a stick of the chestnut tree. Each stick was attached to a piece of string and eventually tied to the farmer’s horse-driven cart.

Once that a farmer delivered his goods, the pitkal would score a series of signs and symbols that would indicate the amount of money due to be received by the farmer for his goods. All four sides of the taglia were used to signify different quantities. For instance, small change was always marked on one side. A slanting line denoted a specific amount, different in quantity from a horizontal line. Even the depth of a scored line could denote an amount of currency.

When all dues were settled, the farmer had to return the taglia to the pitkal who then burnt the stick to avoid its reuse. 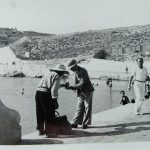 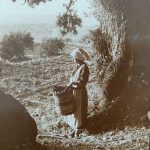