The potato is one food item that has intrigued researchers of Maltese food and foodways. Malta seems to have had a hate-love relationship with this vegetable. The Maltese were initially, to say the least, undecided about what to do and how to treat the potato. In a correspondence by a soldier stationed in Malta, dated 2 October 1810, to a friend who would soon join him in the colony, the writer, first of all, speaks about the difference between Gibraltar and Malta in that there was no resemblance between the two. The author did not miss commenting upon the vegetables available, remarking that these were abundant and cheap. Regarding potatoes, he observed that these ‘have not been so long known and are consequently not so much used as they are in England, though they are now cultivated in the island’.

There appears to be consensus about the introduction of potatoes in Malta during the British Colonial period (See for example, Castagna, 1888; Bowen-Jones, Dewdney & Fisher, 1961). Historians have repeatedly quoted information from travelogues to sustain this development in Malta’s culinary culture. It is also at times represented as a form of struggle between the coloniser and the Maltese farmer, hinting at a peasant resistance towards Britishness. Arguably one may tend to hypothesise that the apparent lack of interest in the cultivation of potatoes could indeed indicate opposition to the consumption of potatoes by the general population. This circumstance is contextualised in a general understanding suggesting a political stand by which the Maltese wanted to make a statement in favour of their Mediterranean roots, but who, eventually, had to succumb to pressures from the colonial power. These assumptions allow for an evaluation of the relationship between cuisine and empire and how food generates intimate experiences that transcend all forms of boundaries. 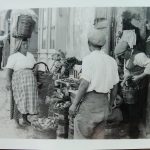 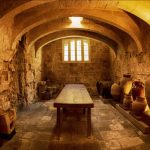