When Herbert Ganado penned his Rajt Malta Tinbidel, the Maltese lawyer, editor, politician, and author was trying to come to terms with the changing dietary habits of the Maltese. Writing about the immediate years following the Second World War, Ganado sheds some interesting light on alcohol consumption. Wherever you go, writes Ganado, even in the smallest of rural settlements, one can find the best whiskies and brandies, Cointreau and crème de menthe, delicious sherries, vermouth and Campari. Sherry parties became the norm, taking over from the traditional vermouth d’onore, a pre-war Italian tradition practised in the several band clubs of Malta and Gozo. And then sherry parties lost their favour to the evening cocktail parties. The cocktails were gradually substituted with whiskies and brandies. The price continued to increase, while the volume of liquid poured in a glass decreased. To avoid unnecessary complaints, the alcohol was adulterated with soda or water. 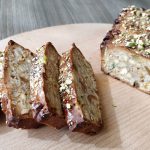 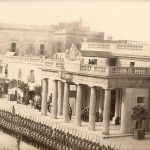