The Malta Blue Books date back to the times of the British Administration of the 19th and 20th Centuries. The British Empire set high standards for the collection and availability of information about several aspects of life in its colonies. The volumes comprise a wealth of statistics, including detailed information about food imports and exports. For the early years of the twentieth century, Malta used to import beer, chocolate, coffee, milk, fish and meat, sugar, wine, potatoes, and alcohol from Britain; lard, chocolate, and sugar from Belgium; coffee from Brazil; butter from Denmark; flour, fruits, and eggs from Egypt; cheese and grain from Bulgaria; beans and almonds from China; fruit and wine from France; fish from Algeria and Morocco; and oil and broad beans from Tunis. Malta’s dependency on foreign products was astoundingly clear, especially when considering that 85% of grain necessary for bread production was imported from abroad. 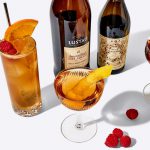 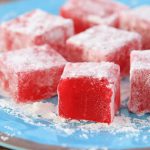