The Maltese countryside, in May, is abloom with the bright fuchsia coloured flowers of wild artichokes (Cynara cardunculus). However, the flowers nestling in a bush of spiny leaves are a sign that the artichoke is past its edible sell-by date.

The artichoke is actually the bud of the thistle flower. Its leaves enclose a downy ‘choke’ which sits upon a meaty core, called the ‘heart.’

The ancient Romans prized the thorny thistle, despite their unappetising appearance. Pliny the Elder, when referring to the wild artichoke, went as far to say that ‘even the monstrosities of the earth are turned to purposes of gluttony.’ It is nigh impossible to visit a restaurant in present-day Rome without encountering the cardoon in all its myriad forms.

During a visit to the Maltese Islands in 1536, the French knight Jean Quintin d’Autun observed that ‘the people also feed on other thistles; not those which we, along with the Italians, eat with so much relish, but these are much sourer.’

Wild artichokes, used as a liver tonic in herbal medicine, are also a vegetarian replacement for rennet in cheese making. The Portuguese Serra da Estrela and Nisa cheeses use enzymes derived from the vegetable for coagulating their curd. 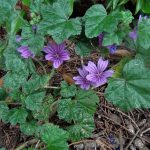 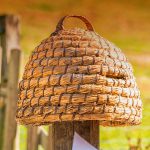 Honey in the Ancient WorldTasteHistory