‘May is the month of wind, thus woe for the farmer,’ so goes a popular proverb.

May is also the month when mallow leaves are at their tender best. Mallow/Malva is an edible, often overlooked wild plant that grows abundantly in the Maltese countryside. Similar to spinach, its leaves may be shredded, steamed and cooked in the same manner. The roots of Mallow release a thick mucus when boiled in water which can be whipped up to substitute for egg whites when making meringues.

According to Diphilus of Siphinus, a third-century BC physician, ‘the juice of mallow lubricates the windpipe, nourishes and is easily digested.’

Mallow’s blossoms, which leave crunchy seedpods when they fall off, lend their name to the colour mauve named after the French word for this plant in 1859. 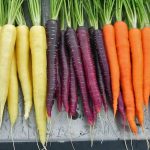 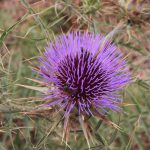