Come summer, the Maltese love their kisra ħobż biż-żejt u l-kunserva (a slice of crusty bread spread with tomato paste and sprinkled with olive oil), especially at the seaside. Have you ever thought about the provenance of kunserva as you slather it on your ħobż tal-Malti before leaving for the beach?

Kunserva is a thick paste made by cooking tomatoes for several hours to reduce the water content, straining out the seeds and skins, and cooking the liquid again to reduce the base to a thick, rich concentrate. Along with its popularity as a spread on bread, it is used to impart an intense tomato flavour to a variety of dishes, such as pasta, soups and braised meat.

It started as a homemade concoction in Italian kitchens, spreading across other Mediterranean countries. Though recipes for homemade tomato paste are readily available, it is now almost exclusively produced and purchased commercially, either canned or tubed.

Of course, some prefer the real thing – fresh, ripe tomatoes which in summer are at their best – rather than the paste derived from it. It’s hard to believe that such a widely-used food source was once considered deadly poisonous and was regarded with suspicion by the Europeans. In fact, after the Spanish explorer Hernan Cortes introduced tomatoes to Europe in 1519, they were planted as ornamental curiosities and never eaten. 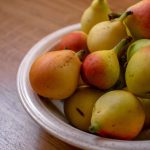 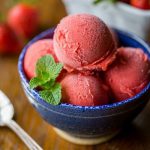