There are about 50 registered varieties of pears in the world, and one of them belongs to Malta. It’s none other than bambinella – a name as sweet as the shape and the flavour of this crisp summer fruit.

It is thought that the name bambinella originates from the fact that this little pear ripens more or less at the time of the lithurgical feast of Santa Marija Bambina (St Mary as a child) in early September. However street hawkers are usually already selling bambinella towards the end of July.

The bambinella pear is very small compared to its counterparts – averaging just two to three centimetres in diameter. Its flesh is crunchy and juicy, with an intense sweet flavour which, according to Maltese farmers, cannot be replicated in countries with a different topology. In fact, bambinella thrives in the local clayish soil and abundant sun, as it has been doing for more than a thousand years.

Most locals eat their bambinella raw, however it does lend itself beautifully to cakes, muffins and puddings. Bambinella can also be poached, much like the larger members of its family, and goes very well with thyme, honey, macadamia nuts, cream, or crème fraîche. 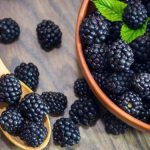 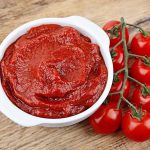