Theft of Fruit and Vegetables in 1942

The vegetables and fruits mentioned above provide formed an integral part of Malta’s culinary culture at a time when seasonality still generated those rhythms that regulated the type and tastes of food consumed along the year. The list becomes more compelling in the context of a breakdown of the frequency of stolen products during the difficult months of 1942. Some stolen produce proved more popular than others, not necessarily as a result of taste preferences but rather because most of the products did not require any preparation and could be consumed raw. While this might be an obvious choice with fruits, pumpkins, olives, and cabbages, to mention a few, were among the exceptions in the list. The choice of which products to steal also depended on the ease with which the perpetrator(s) could pick the produce and leave the field without compromising their escape.

The data also indicates traits of culinary differences between the Maltese and the British soldiers. Crimes involving the theft of prickly pears were committed by Maltese individuals. While this might purely be a coincidence, prickly pears are found within the tropic of Capricorn and thus not naturally cultivated in Britain. Consequently, British soldiers were less likely to consume this fruit as they were not accustomed to its texture or taste. 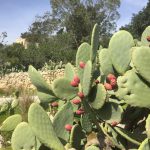 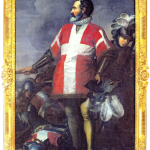