Following the Ottomans’ surrender and Malta’s victory in the Great Siege of 1565 – marked to this day on the 8th of September as one of Malta’s national holidays – Grand Master De Valette planned a celebratory gathering. His guest list included Don Garcia, Prince Doria, Don Juan de Corda, the brothers Don Cesar and Don Juan de Avalos, the Count Brocardo Perisco, the captains of the Galleys, the Knights who came with the fleet and the brethren who survived the siege.

We have no evidence about the quality and quantity of food spread on the banquet table. Nor is there any evidence indicating who prepared the food. However, Balbi informs of a ‘sumptuous’ supper, only made possible through food donations. Irrespective of Balbi’s subjective view, any food would have appeared sublime in contrast to the destruction that the invited witnessed along their walk towards the Magisterial Palace.

De Valette also requested wine on the 11th of September, the same day the Order’s army was chasing the Turkish forces out of Malta 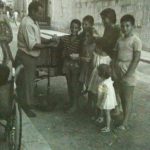 Theft of Fruit and Vegetables in 1942TasteHistory 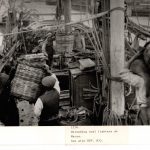 The use of coal … and animal dungTasteHistory