Taste History kicks off its second season of short documentaries

The first episode of the second ‘Taste Now, Visit Later’ series is a re-enactment of a three-day adventure at sea and on land embarked upon by six priests from Qormi in August 1760. This six-minute documentary, entitled ‘To Sail and Make Merry’, also recreates a wild rabbit stew recipe taken from an English recipe book of 1747. It will be streamed live on Heritage Malta’s Facebook page on Friday 5th November at 7pm.

In the second episode, Taste History’s team of curators, food historians, and chefs shed light on the various cereals that were ground to produce different flours at Ta’ Kola Windmill in Gozo. Wheat and barley, for instance, were combined together to create il-ħobża tal-maħlut (mixed bread). Featuring a commentary by Daphne Sant Caruana, Principal Curator of this unique relic of breadmaking in Gozo, the Ta’ Kola documentary will also recreate and provide the recipe for this traditional bread.

Both episodes are in Maltese, with English subtitles. Should they whet your appetite, you may keep updated about future Taste History events by liking the Facebook page https://www.facebook.com/TasteHistoryMalta or browsing the website https://tastehistory.mt/ 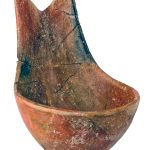 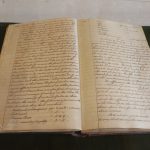