Following the story about the priests who went on a sailing trip in August 1760, accompanied by two sailors from the Order’s ship ‘San Antonio’ and driven by an urge to hunt for wild rabbits, today we’re letting you in on a wild rabbit recipe from a recipe book dating back to 1747.

This is an English book, and the recipe was surely not very popular on our island at the time, yet the British contacts with Malta were already being felt. In fact, many an English ship visited Malta and Felice Testa, the sailor of the ‘San Antonio’, had been in contact with several English sailors. Here is the English take on cooking wild rabbit.

Chop the rabbit into small pieces, put it in a stew pan with a blade or two of mace, some whole peppercorns, an onion studded with cloves, an anchovy, a bundle of sweet herbs and a nutmeg cut into pieces. Cover everything with water and put the lid on. Let it stew till the hare is tender, but not too done. Now transfer the rabbit to a plate, strain the sauce through a sieve, empty the pan, put the hare back in the pan with the strained sauce, and add a piece of butter as big as a walnut rolled in flour together with a spoonful of ketchup and some red wine. You may also add a few fresh mushrooms, or pickled ones, if you have any. Let it stew till it is thick and smooth. 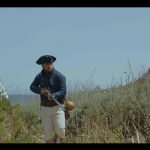 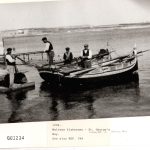