The Queen of Berries

Which brighter, lovelier and more delicious nature’s produce could usher in the approaching longer and warmer days of Spring if not the dear strawberry?

First mentioned in ancient Roman literature in reference to its medicinal use, the strawberry fruit’s modern variation started to be cultivated in Brittany, France during the late 18th century.

The Maltese variety is considered pleasantly sweet and tasty. It is not clear when the fruit was introduced in the Maltese islands but eighteenth-century references are quite indicative of its availability on the market. Even the Inquisitor’s kitchen was equipped with the necessary equipment to store strawberries.

Various fragments of a coffee drinking set used in the same century at the Inquisitor’s Palace in Birgu, show rococo style designs of scattered strawberries and sprigs. 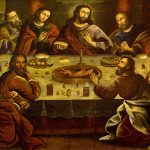 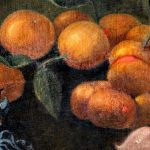