Amongst the myriad of locally grown citrus fruits, believed to have been cultivated on the islands since the Arab period, the Maltese orange is the star of the show.

In the 17th century, Inquisitor Fabio Chigi loved the smell and taste of the Maltese oranges so much that he included orange trees in the newly refurbished garden of the Inquisitor’s Palace in Birgu.

In 1635 he also described in detail how he enjoyed his cold orange squash with some sugar to beat the summer heat.

Throughout the Hospitaler years, Malta’s superior quality oranges garnered the attention of distant admirers and started to be exported to various European countries.

Topping these markets was France, were according to Scottish traveller and author Patrick Brydone in 1770, quantities of Maltese blood oranges were being sent yearly even to Marie Antoinette in Versailles.

In 1780, the sisters to the king of France himself invested in an orange garden in Malta to ensure their annual supply. 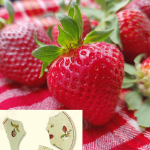 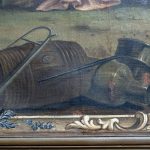