As we approach Easter, we are brought closer to the food and drink mentioned in the Gospel.

We are reminded how on the cross, Jesus was offered vinegar to help Him quench His thirst. Often this is interpreted as an act of mockery, however, Posca was a typical acid wine that was appreciated by Roman legionnaires, as well as the common people and slaves. The drink was also commonly consumed among Jews. When Booz shared food and drink with Ruth he said, ” Come, eat the bread and wet the bit in the vinegar ′′. (Ruth 2:14). It seems that a translation problem turned posca into vinegar. This possibility also arises from the fact that posca is mainly made from a mixture of red wine vinegar [fermented, not distilled], mixed with some water, honey and a variety of herbs according to one’s taste. 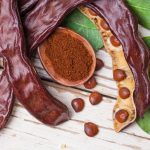 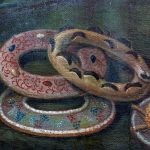