The association of carobs with Lent and Easter is a well-known fact. However, the socio-cultural meaning attached to carob consumption did not necessarily enjoy the same standing as any other festive food. Outside of the religious calendar period assigned to this product, carobs were simply emergency foods that humans consumed in times of hunger.

During Lent, the consumption of carob sweets, popularly known among the Maltese as Karamelli tal-Ħarrub, became the immediate substitute for sweets and chocolate. The availability of this sweet during Lent is now on the verge of extinction although it is still relatively available from street stalls on Easter Sunday. 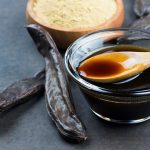 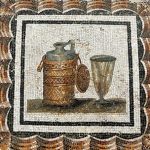