June heralds the arrival of the fig – that sweet, luscious fruit with no pips to spit out and, some will tell you, no skin to remove – just wash it and eat it whole.

The Maltese have different names for different fig varieties. June’s figs are the first and the largest and are known as bajtar ta’ San Ġwann because they ripen at around the same time as the feast of St John the Baptist towards the end of the month. Later, at the height of summer, we get farkizzan, smaller and usually even sweeter than bajtar ta’ San Ġwann.

Figs are among the oldest fruits consumed by humans, probably dating back some 11,000 years. This means that figs predate wheat, barley and legumes as agricultural crops by about 1000 years. They sweetened all types of desserts before the widespread use of sugar. Early humans learned to dry figs in order to preserve them. They pressed the dried figs into loaves or else strung them on twine. In these forms, the fruit provided food for arduous treks across the desert. Dried figs were also a staple part of the rural Maltese diet.

High in potassium, iron, fibre and plant calcium, figs are used for medicinal purposes as a diuretic and laxative, apart from their wonderful role in jams, cakes and savoury dishes. 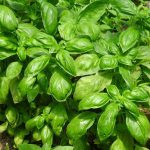 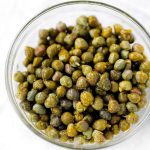