Fennel is a staple herb with a history stretching back millennia.

From generous sprinkles on top of roast potatoes enjoyed in a Sunday lunch to the beautiful yellow landscapes it produces, the fennel plant surely holds a special place in the hearts of the Maltese.

This native Mediterranean plant is also mentioned in Greek mythology as the means by which Prometheus stole fire from the gods and gave the gift of fire to mankind.

Indeed, although native to the Mediterranean, due to its various medicinal and culinary uses throughout the centuries fennel usage spread around the globe just like wildfire.

Both the ancient Egyptians and Chinese utilized this herb, with the latter even applying it as a snake bite remedy. For centuries it has been used to increase the supply of milk in nursing women, and during the Middle Ages it was even hung over doorways to drive away evil spirits.

From early spring umbrella-shaped yellow flowers dot the Maltese countryside and the plant may reach heights of up to three metres.

The flowers slowly mature and by mid-summer the seeds appear. By end of season, the sweet and aromatic fennel seeds that we are all familiar with, are ready to be picked. 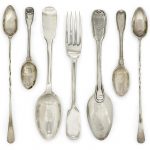 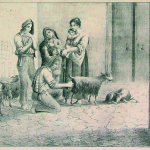