Wild thyme is found in rocky arid places, such as the garigue (xagħri) and the tops of valleys.

Honey is used locally in the production of several sweets and savouries. The Arab culinary influence had its effects on the use of honey particularly with traditional sweets such as the qagħaq tal-għasel (honey rings) and qubbajd (nougat).

Mention of beekeeping in Malta was documented in the works of the 12th century Arab geographer Al Idrisi and the 15th century chronicler Al Himyari.

Even further back, Malta’s older name- Melite, comes from the Greek word ‘meli’, meaning honey, or ‘melitos’, for the land of honey, attesting to local beekeeping’s ancient roots.

Ruins of a Roman stone apiary can still be found in the whereabouts of Xemxija. 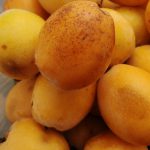 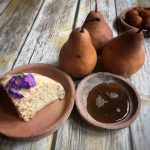